Helen Wilson on Rebel Team! Partnership between Greenland or Bust and Rebel

Mark Tozer and  Helen Wilson from Greenland or Bust are officially ambassadors of Rebel Kayaks. 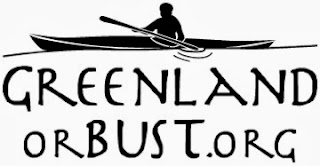 We are proud and very excited to announce that Helen Wilson and Mark Tozer have joined the Rebel Kayaks team. 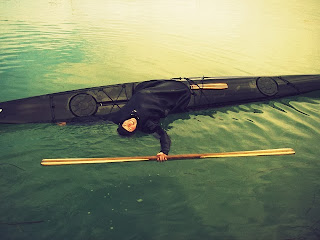 Helen wrote on her blog:

"He (Johan) asked Mark and I if we’d become ambassadors for Rebel Kayaks. We are thrilled to announce that we have accepted his offer. This decision was made for several reasons. First, the Greenland is the kayak that I was originally impressed by,(...). Second, Johan is a wonderful person and a good friend. He has put his heart, soul and a ton of money into designing several kayaks that are now recognized worldwide, and for good reason. We have full faith in the quality of his kayaks, which are being manufactured by Aquarius, located in Poland, and we can honestly say, he’s a real kayaker, an awesome person, a great designer and a good friend, and we want to support him and his new company, Rebel Kayaks. We hope that you’ll join us in this support."

Helen and Mark will come to Scandinavia for their Nordic Tour 2014. They are planning to teach kayak lessons in Sweden, Norway and Denmark. If You are intrested please check further details at Greenland or Bust blog.

Helen Wilson
She is one of the most recognized sea kayakers in the world. Helen from Arcata, California, specializes in traditional Greenland paddling. Helen took part in Greenland National Kayaking Championship in 2008 (Qaqortoq, Greenland) and in 2010 (Nuuk, Greenland) where she gained 5 medals in 4 disciplines.
From time to time she writes for Sea Kayaker magazine, The Masik and Ocean Paddler magazine.

Mark Tozer
On his blog it reads:"Mark Tozer has been messing around in all kinds of boats in all kinds of waters as an active paddler and coach for the past 25 years, with sea kayaking being his specialism." Now Mark, together with Helen, teaches paddling skills around the world.
He is a coach  trainer examiner under the British Canoe Union Star Award. He gained a number of BCU awards inluding the coveted Level 5 Coach (SEA).
He has paddled in Alaska, Greenland, Morocco, Tanzania, Kenya, Ecuador and many more.  Mark has a PhD in expedition leadership (an impressive achievement!)

Ocean Paddler – the sea kayaking magazine. The 38# isssue is on. We are happy to announced that in this issue You will find also information about Rebel Kayaks. You will find notice about Us on page numer 12th.
If You willing to read online please go to Ocean Paddler PFD . If You would like to have fragrant and fresh paper  version please find contact HERE 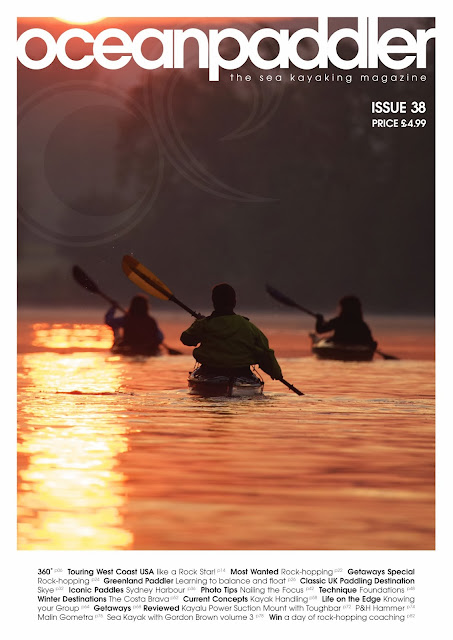 We are ​proud to show the first video featuring our Green​land T; it means that the ​very first  "REBEL" unit is already in use :) .
​The first kayak is made in carbon: ​clear-coated (transparent) hull and white deck. We are very pleased with the result a​s we have achieved and satisfied our ​objective to create a technically superior kayaks that is also strikingly beautiful. Our main goal ​was to manufacture a​ kayak that is lighter & stiffer than what ​is available on market today... and we did it!

Thanks to Petra and Damiano for ​the video!

Last week at Paddle Expo we were busy with talking to customers receiving good feedback while keeping our fingers crossed for REBEL.

We are happy that so many paddlers appreciated the return of the original, the "real" Greenland! (in regards to the current models that are available on the market from the competition).
"I want this one, the real one" - This is what we heard a lot of times...

Thank you all for the great response and support, that we received at Kanumesse last week. It was more than we ever hoped for!
So now we know more than ever that we will see you on water soon.

It was really great for us to meet You with all folks! 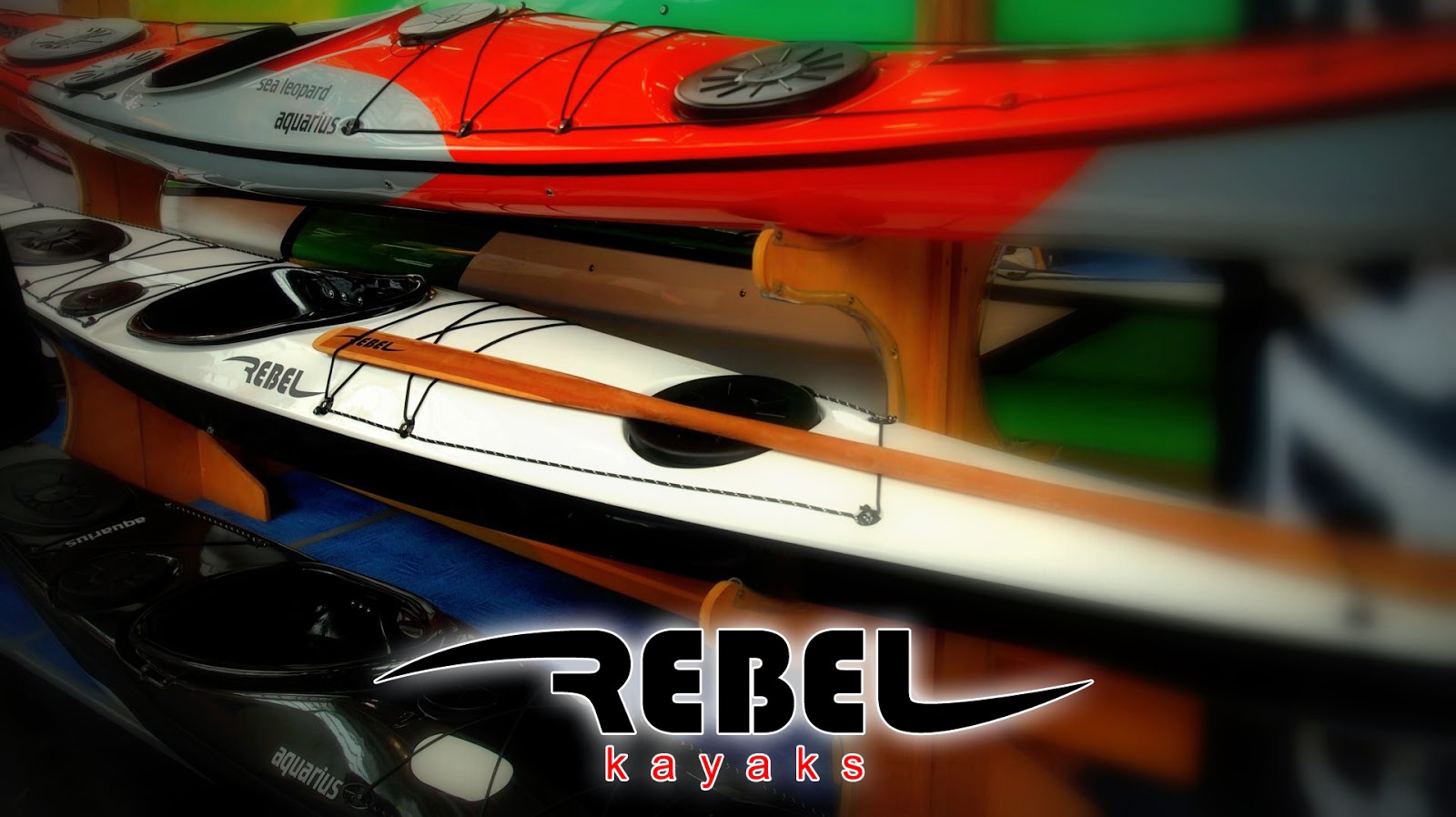 We will take a part in KanuMesse / Paddle Expo 2013 in Nunrberg. We will be at show with our first model of greenland style sea kayak: Greenland T.
Find and visit us on Aquarius Kayak's stand which is D7 in hall number 7.

Greenland T is not so "new" on the market. In fact kayak is very well known but under other brands.
We have changed i.a:
If You would like to make appointment with us at KanuMesse please write us directly at: info@rebelkayaks.com

After more then ten years of designing kayaks for a number of companies (and got ripped off a couple off times) it is now time to back off a little and look for the passion and joy once more.
The idea for Rebel Kayaks is to connect design with skilled employees. Workers that have the knowledge and feeling for the materials that they work with. And also have the knowledge and feeling for paddling. It means that I as a designer am more closely connected to the process. The vast experience that the builders have will translate into producing high end sea kayaks for demanding paddlers – built on experience!

First two models introduced under the Rebel brand will not be “new models”. Instead we have chosen two models that are well known, recognised, and highly regarded by paddlers all around. We will upgrade them and also put more effort into the lamination in order to get stiffer and lighter boats. The kayaks will not be produced in big numbers any more. Instead we will focus on putting that little extra effort into each and every kayak. The difference that You will feel while paddling in REBEL kayak.